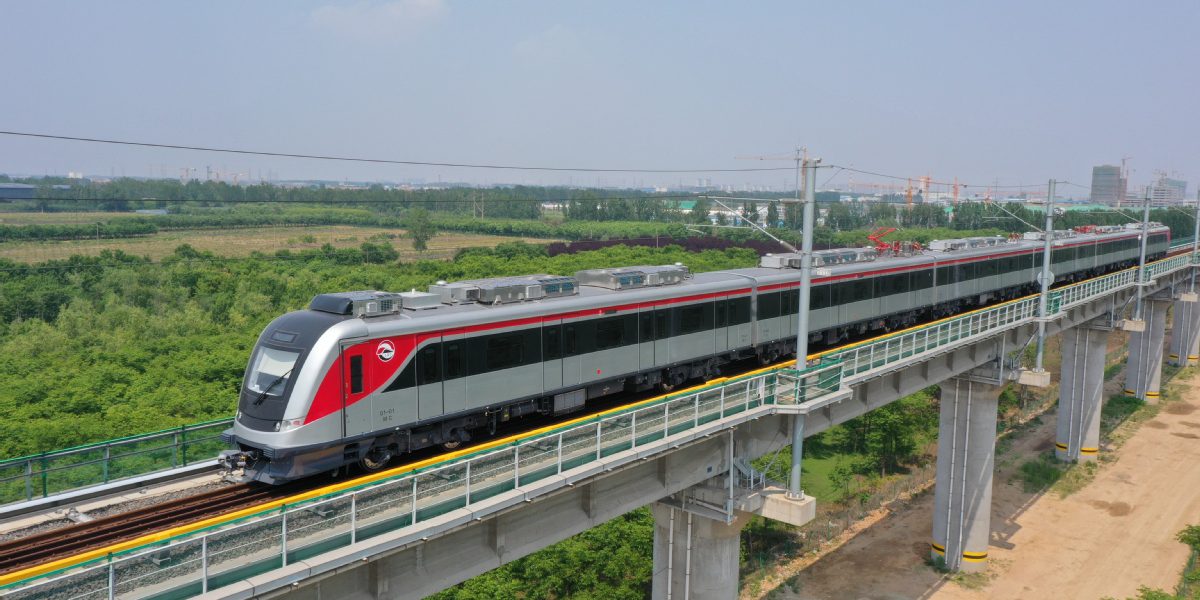 The first of 22 electric multiple units, or EMUs, designed for urban rail transit in Egypt rolled off the assembly line last week in Qingdao, Shandong province. [Photo provided to chinadaily.com.cn]

All the EMUs, each with six cars, are expected to be operating in 2022 in the rail system linking Cairo, the Egyptian capital, with its satellite city, as well as with the country’s new administrative capital. It will provide transportation for 5 million local residents.

Han Zhengchao, a senior designer for CRRC Qingdao Sifang Co, each of the EMUs has been designed to travel at a speed of 120 kilometers per hour — so far the fastest of their type in Egypt. Maximum transport capacity has been set at 2,222 people.

The interior of the first electric multiple unit designed for the urban rail transit system in Egypt. [Photo provided to chinadaily.com.cn]

The design and performance of the EMU are up to international standards, employing high-strength stainless steel material and implementing strict anti-fire measures, Han said.

Wind- and sand-resistant systems will cope with tough local conditions, as the rail line will operate in high temperatures, with intense sun and sand, he said.

The design and coating of the EMUs were been inspired by Egypt’s national flag and emblem, he added.

Chinese and Egyptian representatives pose for a photo in the first electric multiple unit designed for the urban rail transit system in Egypt. [Photo provided to chinadaily.com.cn]

According to CRRC Qingdao Sifang, the first EMU will be transported to Egypt for trial operations soon, and another 21 EMUs are expected to be delivered by the end of this year.