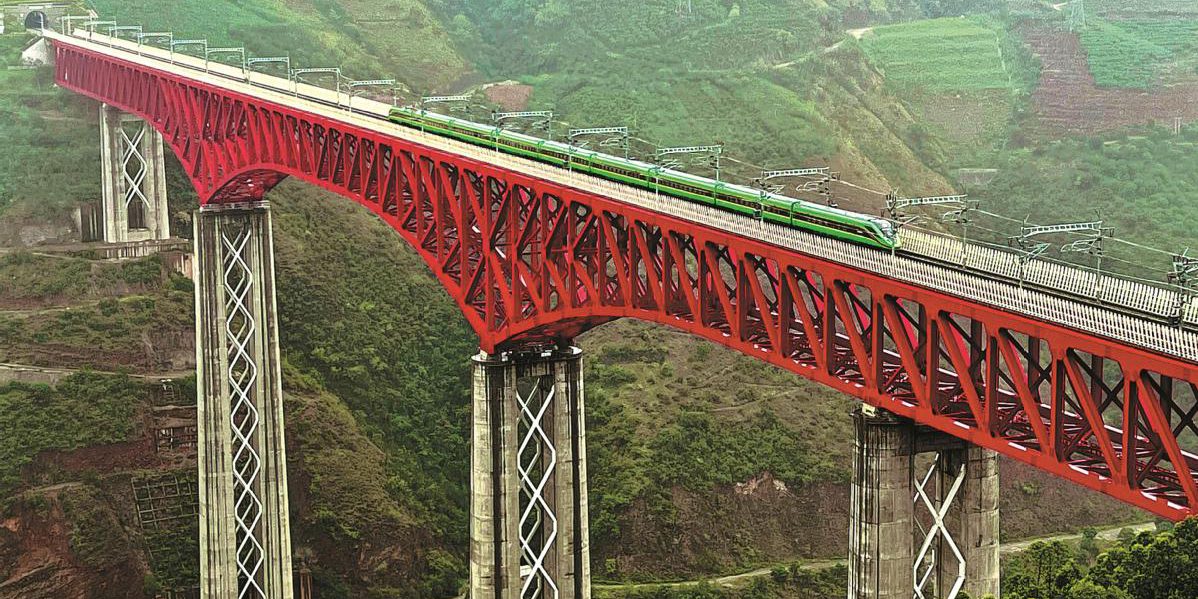 The two leaders will also attend a virtual ceremony to jointly witness the opening of the China-Laos Railway, according to Foreign Ministry spokeswoman Hua Chunying.

Santisouk Thebsouphome, 28, a college student from Laos, is now well acquainted with the new line. He used a Chinese bullet train for the first time in 2016, traveling from Kunming, Yunnan province, to Guiyang, Guizhou province.

In addition to the brand-new train cars, which were full to capacity, he was impressed by the high speed of the train, little expecting that in five years, he would become a locomotive driver himself.

The China-manufactured train he will drive－the Lancang－operates on the China-Laos Railway. The new link, which uses Chinese equipment and technology, will help boost bilateral exchanges in various fields from individual to government level.

For many train driver recruits from Laos such as Thebsouphome, the work is challenging.

“None of us had experienced a bullet train before, but after eight months of training, I progressed from being a novice to a capable driver. I was excited,” he said.

Thebsouphome studied electrical engineering and automation at Kunming University of Science and Technology from 2011 to 2016.Before that, he knew little about China, apart from the fact that the country bordered Laos.

“During my five years at university, I witnessed China’s rapid development and made friends with Chinese classmates. I hope to contribute to my country with the knowledge I learned,” he said.

Thebsouphome believes that the railway and electricity supplies are important to Laos’ economic and social development. “The railway, in particular, will bring new impetus to the country,” he said.