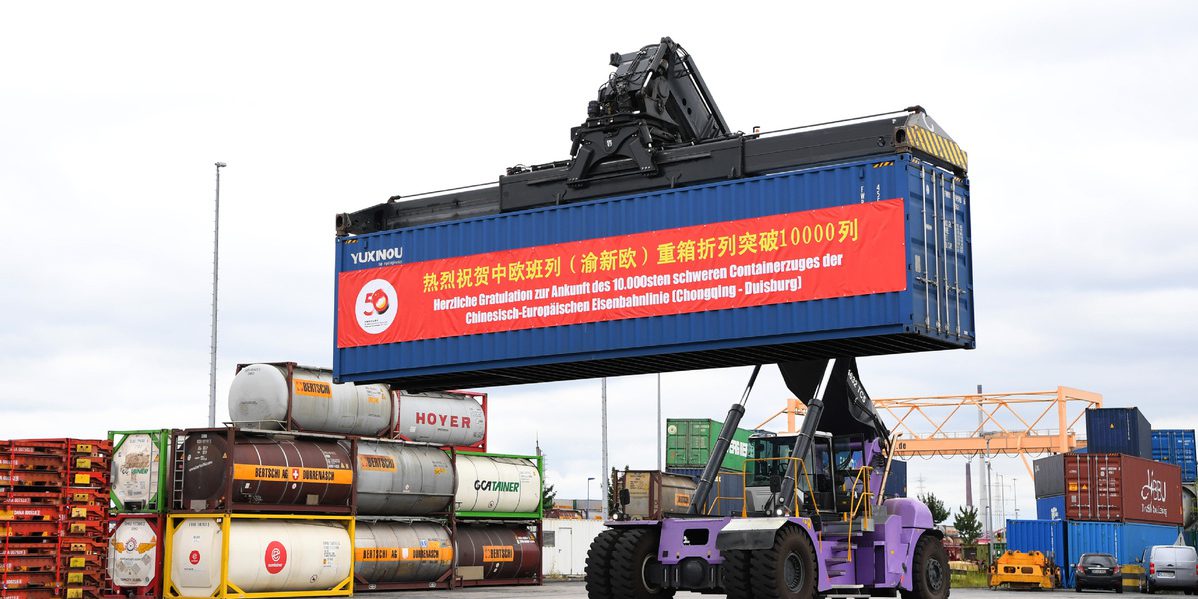 CHONGQING – As a new channel for foreign trade, cross-border e-commerce has been injecting endless vitality into Chongqing municipality, a Southwest inland city with massive import and export potential.

“Cross-border e-commerce has not only helped us go through the COVID-19 epidemic but also provides an innovative way to invigorate traditional manufacturing enterprises,” said Yang Lin, manager of the company.

Another exhibitor, Chongqing Ujoin Import and Export Trade Co Ltd, a company specializing in auto component export, has become a leading company in Chongqing’s cross-border e-commerce, with its foreign trade volume via e-commerce increased by more than 70 times that of 2016.

“Although Chongqing is an inland city, it will yield a more impactful value in cross-border e-commerce. It is because Chongqing is a base for manufacturing and a key point connecting the Yangtze River Economic Belt and regions along the Belt and Road,” said Jian Jie, a professor at Chongqing University of Posts and Telecommunications.

Alibaba.com, an online business-to-business (B2B) marketplace for global wholesalers under the Alibaba Group, set up an office in Chongqing in 2008 and views Chongqing’s industry of auto, motorcycle, and spare components as a crucial sector to cultivate.

The export trade value of the sector accounted for 30 percent of the total exports on the platform last year, and the number increased by 119 percent year-on-year on the platform in the first half of this year.

In early 2021, Amazon Global Selling also set up its regional office in Chengdu in Southwest China’s Sichuan province, aiming to open a new market in western China with Chengdu and Chongqing as the key points.

Richful Deyong, a Hong Kong-based provider of integrated corporate and business services, will set up an office in Chongqing next week, hoping to help more enterprises participate in cross-border e-commerce more reasonably and legitimately.