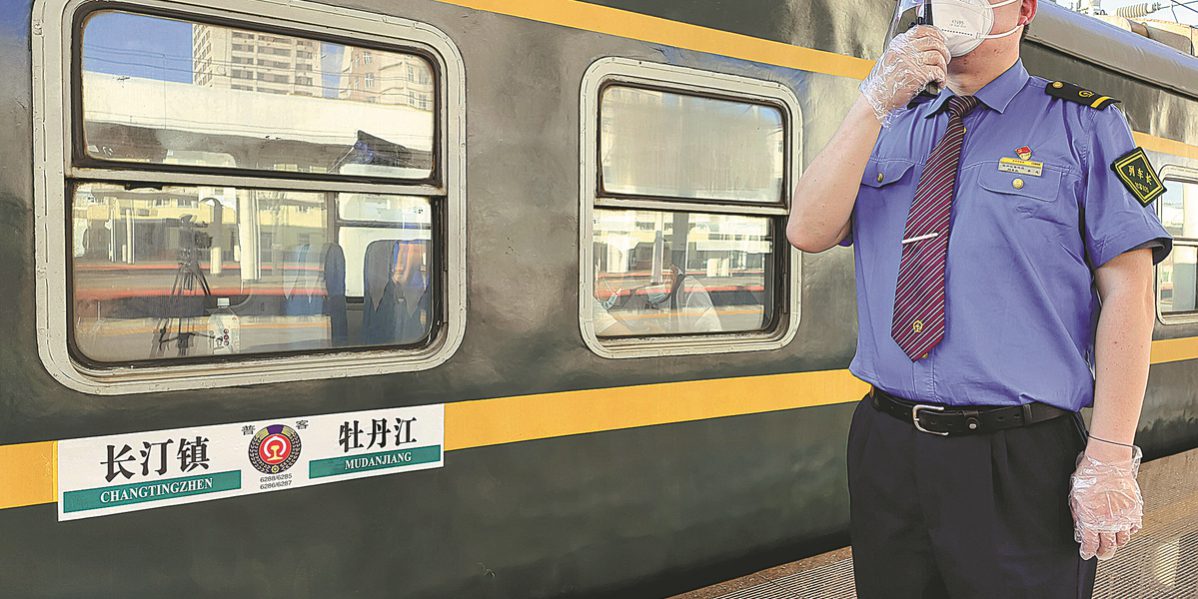 For passengers traveling between Mudanjiang and Changting town in Heilongjiang province, taking the passenger train between the two destinations has become more comfortable.

Upgraded with air conditioning, train No 6286 left Mudanjiang at 5:25 pm on June 19, marking the end of coal-fired trains in the province, according to the China Railway Harbin Group.

“We used the furnaces to boil drinking water for passengers and heat the coaches in the winter,” said Cong Guizi, a train attendant. “In the past, I had to start the fires at least two hours before departure.

“On average, 420 kilograms of coal were burned during the two-hour trip. We would get covered in ash and sweat a great deal in the summer. Now, work is easy thanks to the electrical power generating system, and we have more time to improve service and make sure passengers enjoy their trips more.”

The 74-kilometer rail line has 11 stops, most of which are located in mountainous areas with underdeveloped roads. A pair of old-fashioned, low-speed trains painted green served residents along the route for over 60 years and became their preferred choice of daily travel.

Changting, a town located in the Zhangguangcai Mountains, has undergone rapid development in its deep-processing timber industry in recent years. Relying on convenient railway traffic, wooden and agricultural products such as chopsticks, lunch boxes and glycosides have been sold across the country as well as overseas.

Li Zhi, a conductor who has worked on the train for 12 years, has seen the great changes along the route.

“At the beginning, there were still many adobe houses in the villages along the railway,” he said. “Now, they have been rebuilt with red brick, and it is not unusual to see two-floor or three-floor villas. Villagers are now enjoying better lives.”