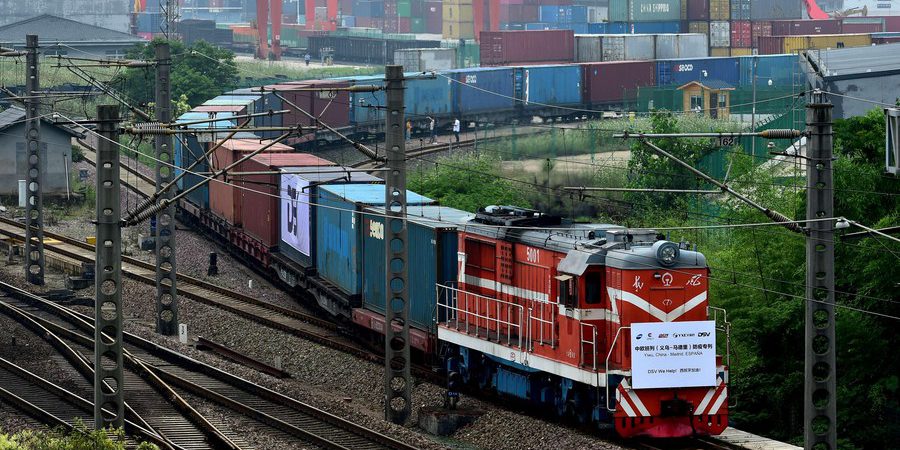 The issue of global connectivity in many regions is a matter of survival and development. Central Asia does not have access to the sea and is one of the least-connected regions in the world. That is why we were very happy when in 2013, Chinese President Xi Jinping proposed the Belt and Road Initiative. We want to get connected.

Few people know that about 80 percent of the world’s GDP is generated by regions within 100 kilometers of the sea, and only 7 percent of the global population lives in landlocked countries. That is because it is very difficult to run businesses when you don’t have access to the sea.

During the golden age of the Ancient Silk Road, Central Asia was a world leader in economic development, trade, technology, manufacturing, and cultural and intellectual life. We (Central Asians) were the bridge between Europe and China.

In this century, the first achievement of the railway connectivity between China and Europe was the Eurasian “railway revolution”, which began in March 2011 when the first train departed from Chongqing in China for Duisburg in Germany.

The drastic increase in railway freight is because it’s much cheaper than air cargo and much faster than shipping. For example, the cost of transporting goods by train from China to Europe is about 20 percent of air cargo. And trains take about 80 percent less time than ships to cover the distance between China and Europe.

The speed of delivery has helped increase the export of high-value goods from China to European destinations. A train carrying goods from China to Europe departs every one hour, and from Europe to China every two hours. Half of the trains pass through Russia taking the Trans-Siberian Railway route, and the other half, carrying half a million TEUs, pass through Central Asia.

At the end of last year, for the first time Kazakhstan’s railway traffic exceeded its capacity, making it necessary to limit the number of trains moving from one territory to another.

But according to the plan developed jointly by the Communist Party of China Central Committee and the State Council to create an integrated international transport network, the annual number of China-Europe freight trains is expected to increase from about 12,000 today to between 40,000 and 50,000 by 2035. Which means rail transport could increase by four times.

That is why Kyrgyzstan is so interested in China’s idea of developing a “southern route” between China and Europe through Kyrgyzstan, Uzbekistan, Turkmenistan and Afghanistan. Studies show the southern route can be shorter than the existing one through Russia by about 900 km and it could reduce delivery time to Southern Europe by seven to eight days. We could soon enter another phase of the Eurasian “railway revolution”.

These enterprises are doing so due to lower cost of production in the western region and because they can more easily and quickly transport their products by trains to the European markets.

We, as Central Asians, see enormous potential in this development. And I believe that within a very short time, we will see more train routes being developed from China to Europe, which will again make Central Asia a bridge between the two centers of economic power.

The author is former prime minister of the Kyrgyz Republic. This is an excerpt from the speech he delivered via video link at the Belt and Road Forum for International Financial Cooperation, which was sponsored by the World Finance Forum and held in Xi’an, Shaanxi province, on May 12.

The views don’t necessarily reflect those of China Daily.