Skip to content
NEWS:
Menu
> Industry News > Xi arrives in Hong Kong for the 25th anniversary of the region’s return to the motherland
Industry News 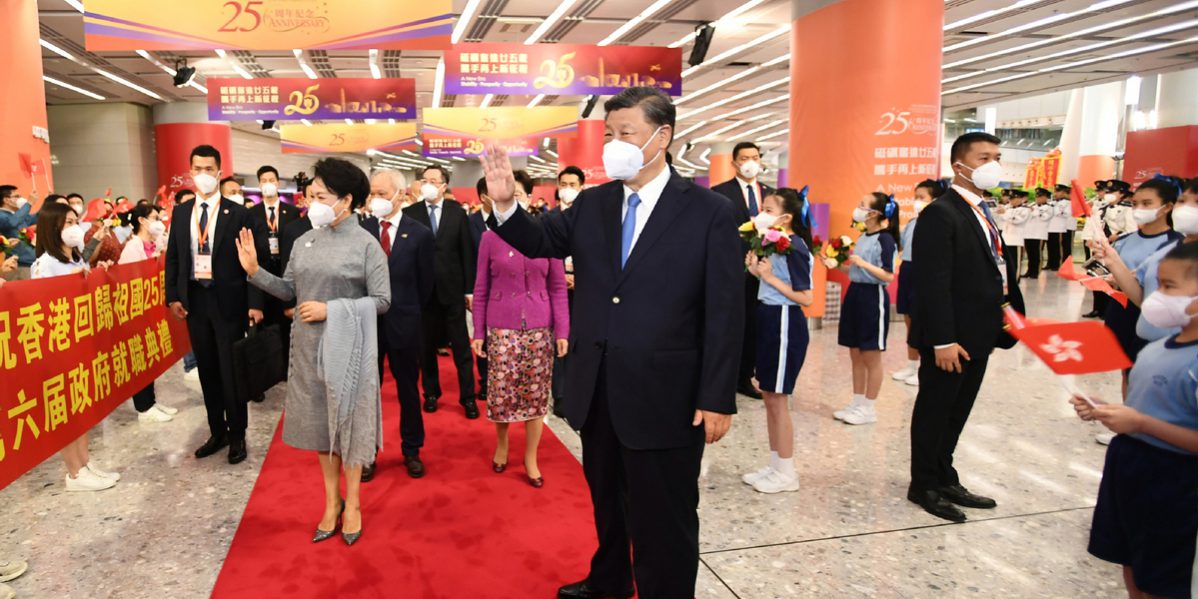 HONG KONG — President Xi Jinping, also general secretary of the Communist Party of China (CPC) Central Committee and chairman of the Central Military Commission, arrived in Hong Kong on Thursday afternoon by train to attend a meeting celebrating the 25th anniversary of Hong Kong’s return to the motherland and the inaugural ceremony of the sixth-term government of the Hong Kong Special Administrative Region (HKSAR) on July 1. He will also inspect the region.

The train Xi took smoothly pulled into the West Kowloon high-speed railway station at about 3:10 p.m. Walking out of the carriage, Xi and his wife Peng Liyuan were greeted by HKSAR Chief Executive Carrie Lam and her husband Lam Siu-por. At the welcome ceremony, with the Hong Kong Police Band playing passionate songs and artists performing lion dances full of spirit, several hundreds of local teenagers and representatives from all walks of life waved national flags, the HKSAR flags, and flowers to express their warm welcome. Xi and Peng waved back to the welcoming crowd.

Xi’s visit to Hong Kong has drawn great attention both at home and abroad. Chinese and international journalists had lined up at the press area when Xi walked there and extended greetings. He said tomorrow is the celebration day for the 25th anniversary of Hong Kong’s return to the motherland. People of all ethnic groups across the country will join Hong Kong compatriots in celebrating this great event. I would like to extend my warm congratulations and best wishes to all Hong Kong compatriots, Xi said.

Xi noted that he has always paid attention to and cared about Hong Kong and he and the central government have always stood with the people in Hong Kong. In the recent past, Hong Kong underwent severe tests and succeeded in overcoming all risks and challenges. Having gone through the storms, Hong Kong has gotten a new life, showing great vigor. What Hong Kong has achieved proves that “one country, two systems” has strong vitality and is a system that can ensure Hong Kong’s lasting prosperity and stability and the well-being of Hong Kong compatriots, Xi said.

Xi stressed that make strides without giving up and a bright future awaits. If “one country, two systems” is unwaveringly upheld, there will surely be better prospects for Hong Kong’s development and the region will certainly make new and greater contributions to national rejuvenation.